You are here : Blog > News > Two Polar Opposites of How to Respond to Social Media Negative Reviews

The question is, do you know how to handle a negative review?

Within the same week, two Maine businesses each had their own firestorm of national attention on Facebook based on how they handled an incident.

An amusement park made the local news because two of it’s young employees were extremely disrespectful to a special needs child. People took to Facebook to write reviews and comments about their disgust and how they wouldn’t ever visit this park again. The problem was that some people who heard the story posted to the wrong amusement park, one in Maine. The incident happened in an unrelated amusement park in Texas.

Didn’t matter, and many people didn’t realize it, but they were voicing their disgust and anger at the wrong business. What to do?

Once the team at the Maine amusement park did a little research and found the real story from Texas, they jumped into action. They contacted the local Maine news outlets to help get the word out, and they did the right thing online. They posted a short message to their timeline about the confusion in businesses and they would never treat a guest like that. Then they took it to the next level and responded to every negative poster.

In the end, they never themselves said anything negative or got defensive. They just stated a short version of the facts and the mistaken identity, and made the effort to reach out to everyone that posted.

The family in Texas even took the time to post on the Maine amusement park’s Facebook page stating how she was sorry that he story drew negative attention to the wrong park.

And the wrong way to handle negative reviews

Imagine having diner out and there’s a disruptive child. No matter what the parents do, at some point the business owner has had enough and tries to take care of the situation without the best tact. This results in two fields of replies on the diner’s Facebook page. Those who applaud the owner for doing something when the parents wouldn’t, and those who think the owner crossed the line in addressing a stranger’s child harshly.

No matter which side of this you land on, the owner handled the online response wrong. Even though it seems to be part of her everyday nature, she took to using foul language in many replies. The last thing you want to do in social media if someone is voicing their complaint is fuel the fire.

I know, sometimes when you’re on the receiving end of a person’s negativity, you just want to lash right back at them or even just defend yourself. But when it comes to your business and the online social media presence, you have got to walk that fine line. It has to be done with tact, class and politeness. People will respect that you have a different opinion or point of view if you do it nicely.  When you do it in a vulgar manner, it’s just going to fester and spread nothing bad news for you and your business. 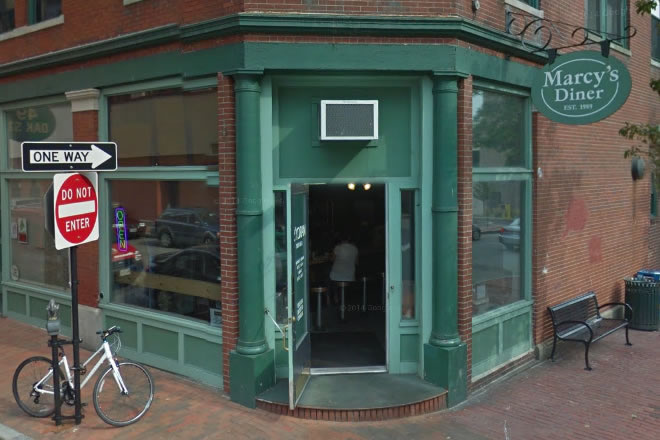 Article Name
Two Polar Opposites of How to Respond to Social Media Negative Reviews
Description
A business's reputation can grow your business or sink it totally. Just a decade ago, it was the local gossip or a newspaper article that spread the people's reviews. Now with all our lives so woven into social media, your local business's reputation can explode into a national story in just one day.
Author
Eric Lammers

I've been building websites since 2001 and enjoy my job every day. Working with WordPress is my preferred platform because it is so easy to teach site owners how to add and manage their own content.

Does your blog get enough readers? Krack Media can help. We know how to submit your site to a wide variety of sites that can feed more visitors to your content.

Get a Free Quote